An intro to using react.js for those new to react, but comfortable with MVC frontend code.

React is really two things: a way to abstract DOM creation and a way of building UI that removes a lot of boilerplate.

React can feel very old school sometimes, in a good way—First get server-side rendering working, much later add client JS as an optimization via https://twitter.com/markdalgleish/status/580098832043655168

Because we have abstracted DOM creation, we have the server render out our HTML and then have JS take over when it's ready. This gives us:

Lots of boilerplate can be removed, because React as a very succinct lifecycle. 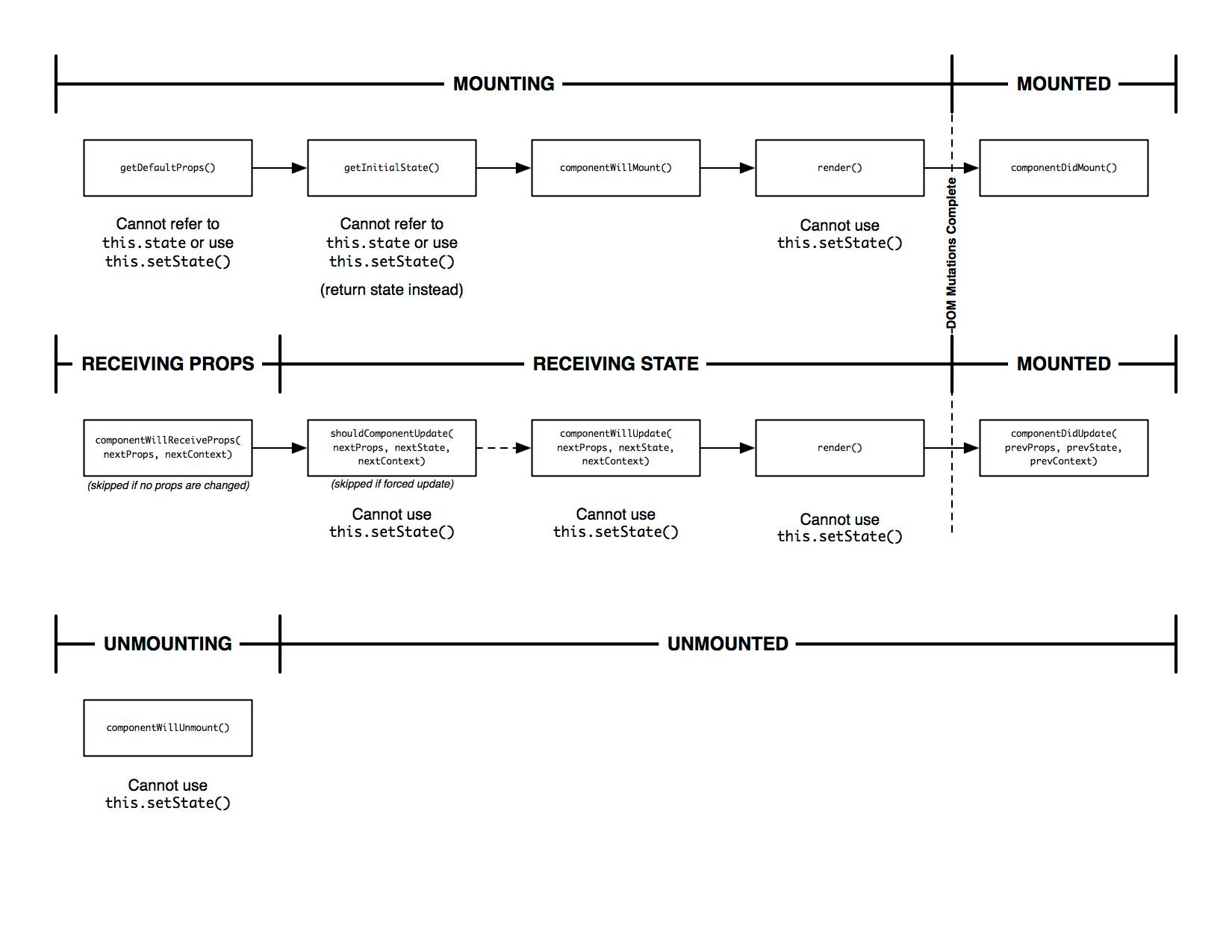 React has some new terminology but it's pretty easy to understand. Here are 7 quick demos for making components. There are some best practices. I'd add that using this.state in a component is generally agreed to be a bad idea™. Pass in what you need with this.props, and store state in a global, immutable, object.

Here's a look at a sample app with flux and react for managing GitHub Issues.

Composition vs. Inheritance vs. Mixins

Keep in mind, inheritance and mixins are frowned on. Use composition for this purpose.

Even though React is just a view layer, it has a good answer for how to get data into the views with flux. Think of flux as a pattern not a library. You use flux instead of MVC, just as you might use socket.io in place of REST.

Flux for stupid people is a great intro. As is What the Flux.

I prefer flummox with immstruct.

The unidirectional data flow is [video] makes the idea of controllers obsolete. Stores are kinda like collections, but should be simpler – mostly because we should use immutable data. Flux actions and dispatchers replace the what models/collections do in a backbone app for fetching data. Talking to the server is not something that Flux builds in, but it's easy to reason out. Flux solves many problems that are common with client-side MVC. It simplifies dealing with:

Immutable data is a huge win for simplifying data access and storage. Combined with the fact that re-rendering the whole app in React is a very cheap operation, immutability means that we don't have to attach change listeners all over the place. We just have one change listener attached to the global immutable object and re-render the whole app on any change.

Here's a good intro to React and Immutability [video]

Here's how Yahoo solved the problem of getting data to React views on both the server and the client. Really, the whole problem is easy with flux implementation like flummox and react-router.

Relay and the Future

Relay isn't open source yet, but it's a really exciting and new way of fetching data from views. Here's a first look at what Relay will do, and here's an updated walk through.

An intro to react.js for people already comfortable with MVC.